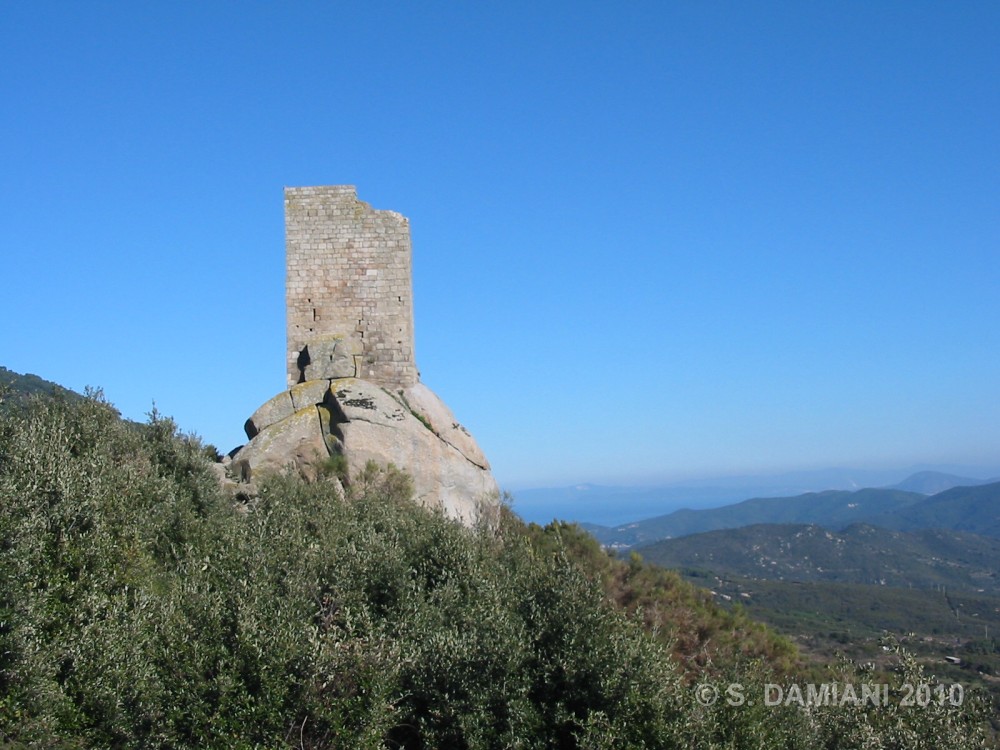 The San Giovanni tower in Campo nell'Elba is a fortified tower from the 11th century, the period of Pisan domination. Just above the villages of San Piero and Sant'Ilario, 300 meters above sea level on the slopes of Monte Perone stands the tower on a huge block of granite. The tower was built to control the sea route to the channel from Piombino and the adjacent sea. 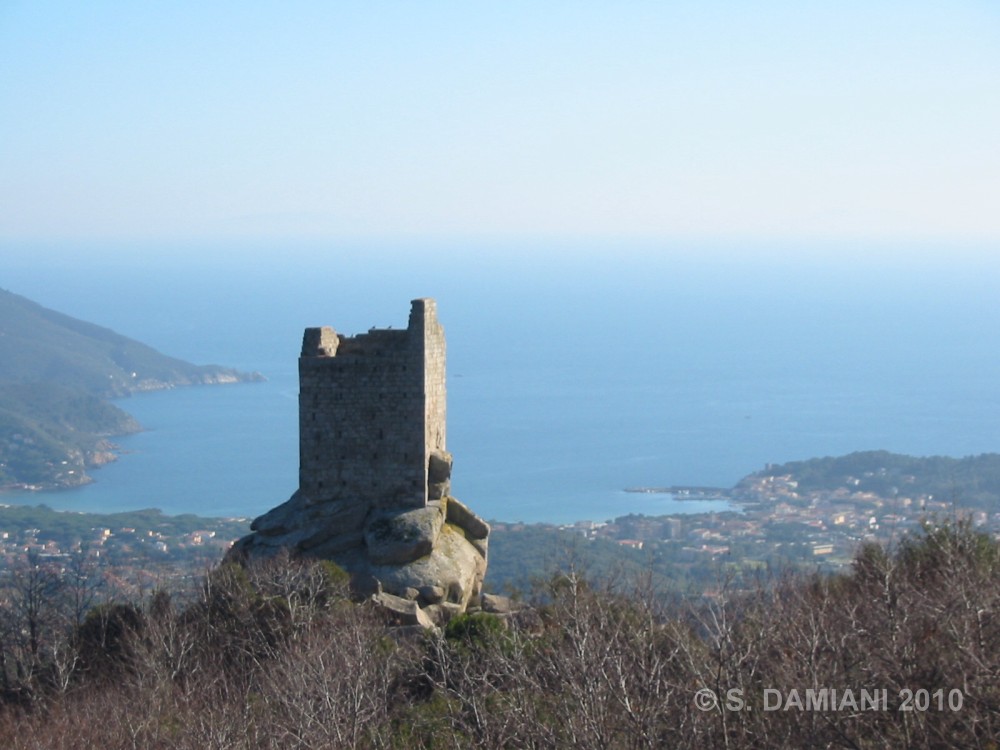